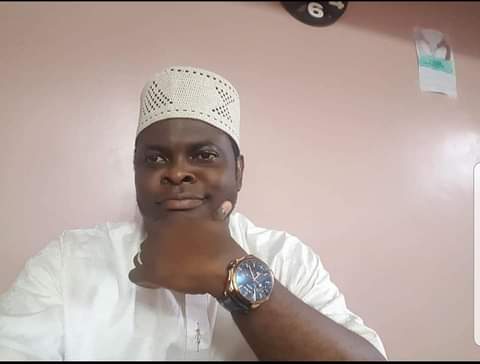 Unethical media reporting may as well give rise to abuse or irresponsible journalism that pursues sensationalism, biases, prejudices, plagiarism or even blackmail as the case may be.

Manifestations of unethical media reporting are particularly dangerous in the context of highly contested electoral processes in which objectivity and balance are compromised to suit the narrative of a superior interest.

More worrisome is the fact that every dick and harry now dabbles into the profession either to make ends meet, practice for political ambition or easily pick it up at the time of employment recession in the country; this scourge is seen to be pervasive in the online or new media.

With the aid of the internet and a laptop or smartphone, people now own newsrooms, becoming their own writers and publishers at the convenience of their rooms. Journalism as a profession especially in Nigeria is seen to have been hijacked by some few quacks or subtly put, people from other professional careers at the detriment of the noble profession.

Ideally the professional calling of the mass media is that of watchdog role, by probing the activities of leaders and informing citizens against abuse of power specifically through reporting of their administrative faux pas or indiscretion, corruptive and avarice tendencies which has since, been recognized as catalyst for development; and to also create opportunities for the anti graft bodies to expose, punish, sanction and deter the perpetrators just as to open room for growth, accountability, decency, discipline, transparency and probity.

In specific terms, the media are entrenched with constitutional responsibility embedded in section 22 of the 1999 constitution to institute responsibilities in government and make them accountable to the people.

Although, the relationship between journalists and political sources has been characterized by a tug of war between reporters and officials where top politicians have the upper hand in the coproduction of news through their ability or influence to dictate what the content of the news should be.

Objectivity in today’s superheated political environment may be arguably impossible, but impartiality should still be a reporter’s goal. Even those who are paid to have opinions, columnists, editorial writers, talk show hosts, bloggers etc, should at least be aware of all relevant points of view to avoid imbalance.

Meanwhile, skeptics of journalistic objectivity are quick to point out that some publishers and owners of news media outlets may not follow the rules they lay down for their employees, however this misconception and ugly narrative need to be corrected so as to give the profession the dignity and respect it deserves.

To deepen the fundamentals of the noble profession, practitioners must effectively carry out their core responsibilities, though this is often faced with daunting challenges ranging from anti-press laws, inadequate remuneration seeming overriding interests of media owners, to lack of self censorship.

Notwithstanding, the media must continually take into consideration the socio-cultural condition under which it operates, even as it does not lose sight of the universal commitments and requirements of the profession as well as the core values.

Government must also give a free hand to the media in carrying out their duties by expunging obnoxious laws that infringe on the effective journalism practice and freedom of expression as stipulated in the constitution.

The effort to rid the media of non-professionalism that often gives the profession a bad name requires a holistic approach by all stakeholders. More pointedly, relevant regulatory bodies and associations need to embolden or enforce the code of ethical conduct as well as ensure that necessary training and culture are properly introduced to form a basis for entrance into the profession so as to consistently engender sanity and propriety in the professional practice.

2021 International Day of Democracy: A Message of Reawakening from CCDI

Re-Lagos Govt Set to Release List of Supers and SLG for LG, LCDA: A Litmus Test for Oshodi Taliban Govt