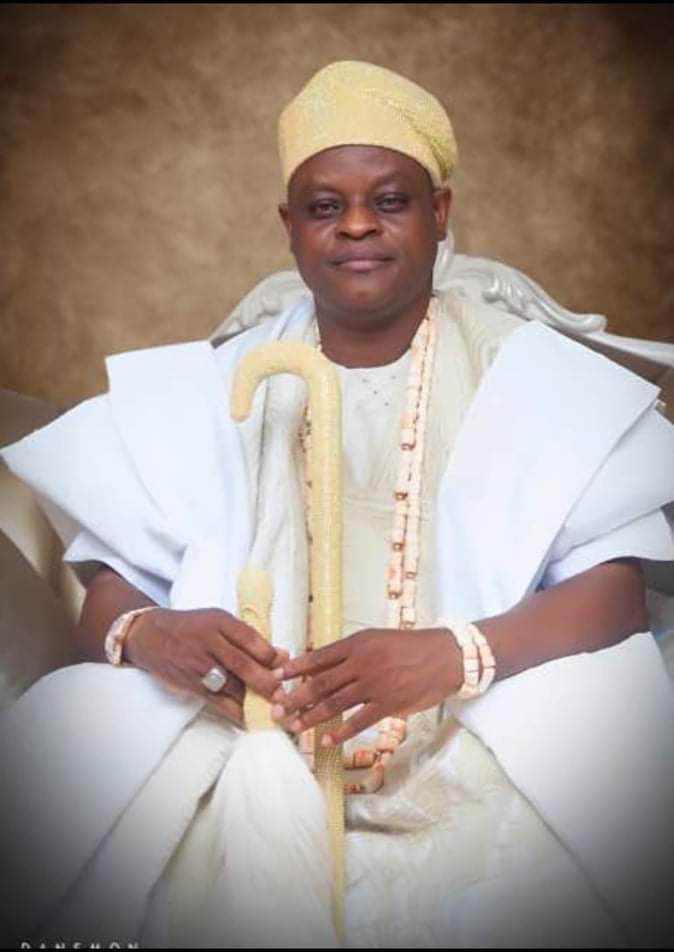 His Royal Majesty, Oba Yisa Olaniyan, the 46th Onipokia of Ipokia Kingdom, while speaking to newsmen, on the occasion of his forthcoming first coronation anniversary, revealed that utmost in his mind for Ipokia and it’s surrounding environs, is peace, progress and unity, which he said are factors, that lead to development, in a society. He said without these three, there will be no development.

Oba Yisa Olaniyan who spoke to newsmen, through his Director for Media and Public affairs, Dr. Tunde Abioro said, with the support of Ipokia indigenes, both home and in disapora, he has been able to lay the foundation towards peace, progress and unity in Ipokia, within the last one year, as the aforementioned, are always a work in progress.

Oba Olaniyan further stated, that he has been able to lay the foundation for development in Ipokia, by coming up with a blue print, for the agenda, a factor, that has never happened, in the history of Ipokia.

His Royal Majesty, Alayeluwa Oba Yisa Adeniyi Olaniyan, during the press briefing with palace newsmen, reminisced on his business trip to the United States of America, in March this year, where he has lived for twenty three years. Onipokia, was able to meet with some co-operate and individual investors, in regards to development in Ipokia. Below are excerpts of his words.

“My heart is full of gratitude to God and the people of Ipokia Kingdom, for their support and enormous peace that has reigned in the last one year. What I have in mind for Ipokia and it’s environs is peace, progress and unity which leads to development. Without those three, it will be hard to see any development in our communities.

Principally, we have enjoyed the cooperation of the people towards building peaceful coexistence and facilitating interests and interventions towards the growth and development of the Kingdom.

With the support of my people, we have been able to lay the foundation, for those three things I stated earlier. peace, progress and unity, which of course is a work in progress. Also, we have been able to lay a solid foundation for achievable and progressive development by coming up with a blueprint for Ipokia development, something that we didn’t have before. In addition, when I traveled to the US where I have lived for 23 years in March this year, I was able to meet with some co-operate and individual investors which I believe will come into fruition soon.”

When asked on the challenges his kingdom is facing, Onipokia said, “We don’t see them as challenges, rather, we will take them as issues and they are not really peculiar to us but Nigeria and other developing nations. These are issues bothering on out of school children at different levels, low and even poor standard of living, especially among the vulnerables and people living with disabilities, electricity and unemployment”, Oba Olaniyan conclude.