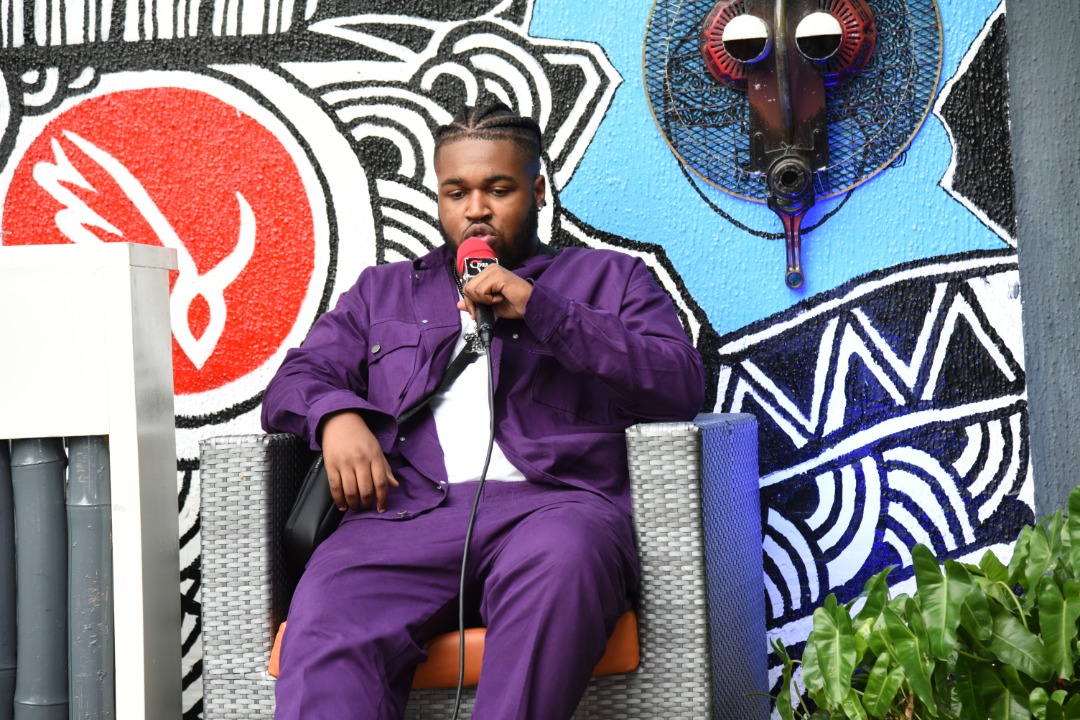 Adam Efiong Ephraim aka Equation Billionz, is a multi-talented artiste. The UK born and based Nigerian artiste had a knack, growing as a young boy, for drama, football and his main love, music. He started playing football since he could walk, kicking the football around the garden with his dad and friends before growing to play for various local sides in Kent and London. He

In 2015, he attended the Liverpool Youth Academy and was awarded a certificate of merit which sits proudly amongst his other award of achievements. Although he loves playing football, his passion for music was stronger and at age 14, he released his first video called ‘Panda’. His love for music started with the UK rap and listening to artistes such as Skepta and Stormzy, as well as Kano. As he grew older, he became aware of and fell in love with Afrobeat. Wizkid, Burna Boy and Davido are all inspirations to him as well as DJ Spinall.

EQB, as he loves to be called, regards himself as an artiste willing to experiment with different genres of music and would like to collaborate with jazz, reggae and other genres of music.

With his parents’ blessings, he came to Nigeria a few years ago and met great producers and music directors, resulting in the release of several singles. In 2019, he was invited to Atlanta where he met with A-list artistes such as Bobby Valentino and the legendary Tony Terry and he was also able to produce some yet-to-be-released collaborations. EQB’s first main single, ‘Faaji’, was inspired by the hustling and bustling atmosphere he saw in Lagos when he came over and he had to learn Yoruba and pidgin pretty quickly, having so much fun doing this.

Currently, another single featuring Teni Makanaki was recorded as he was inspired by the strengths each of them could bring as collaboration. EQB brought his unique UK rap vibe to that song which was well received in UK and Africa and is streaming fast on all platforms. Another track, ‘Swing My Way’, was recorded in the Manchester UK.

Equation Billionz has other songs like ‘Pay 4 It’ and ‘Rising Star’ that both have his signature blend of UK rap and African vibe. He calls it AfroBrit. ‘Autè’ was his next new venture released in 2021. Autè (Authentic) had rave reviews with its fresh new vibe and has been getting lots of radio and club plays. It has thousands of streams online and still going strong. Currently his latest single, ‘Benz’, is out on all digital platforms. In a short time, EQB has shot a few videos across different countries including Nigeria and the UK in spite of the COVID restrictions.

In this interview with the Editor, FOLORUNSHO HAMSAT, Equation Billionz shares more of his dreams as he takes the music industry by the storm. Excerpts…

What’s your brand of music called?

My kind of music is a mix of UK and African vibe. I get very creative especially at night when I write most of my lyrics.

What and who inspired you to do music?

Wow, Burna Boy! He inspired me because when he won the Grammy award, I felt like I had won it. Wizkid, Tiwa Savage and Davido has also inspired me.

Was singing your childhood dream?

I wanted to be a professional footballer. I actually trained for football but everything happens for a reason. However, music has no limits and I want to be part of this exciting journey.

Could you share you growing up challenges in the music industry?

In the UK, people were not nice to each other. I found out that it was a fake environment and no love that is been showed.

Who do you look up to as role model in the music industry?

In terms of the way they carry themselves and the way they speak, I still would say Burna Boy. He is very outspoken and he has confidence. He is the one I can ask for advice on how to handle things. Burna Boy is someone I can look up to. Wizkid too.

So far in the music industry, how many track have you released and which one is your favorite track?

I have been making music since I was 13 years old. So, have released about 30 tracks and I have over 100 yet unreleased. For my favourite, I would say ‘Aute’. That is my favorite so far.  I wanted the fans both in the UK and Africa to listen to a blend of Afrobeat and UK vibe. This song is currently getting excellent streaming and is the one to watch out for. With Aute, I wanted something that people around the world would dance and be happy. There is also the ‘Jeje’ track. This was done at a time I was learning to speak Yoruba and that word was really catchy. So, along with my producer, we found a way of making it into a cool jam.

What is the relationship like with you and your promoter, Equilibrium?

Equilibrium has been very wonderful, indeed. He has made the relationship a global affair. So, it’s a team work.

What the story behind your stage name, Equation Billionz?

I have a deeper meaning for that (laughter). It is about my life’s stability because everything in my life is balance. Normally, equations are always balance.

How will you compare the growth of music in the UK and Nigeria?

I feel like, in Nigeria, you grow faster. I have been exposed to a lot of things in the Nigerian music industry; especially how people really are. So, it makes it a lot easier to showcase my talent. When you have got the exposure, everywhere else is covered globally. Once they know me here, I’m pretty confident the world will know me.

Are you just in Nigeria to promote your new single, ‘Benz’ or you are back home permanently?

I’m not back permanently. I come in and go out. I came in few days ago. The UK is where I am based but Nigeria is my home.

What is your primary target as a rising singer in the next five years?

I want to get nominated for entertainment awards and I want to do collaborations not only in Nigeria but globally. I want to start endorsements and brand deals. My fans can also expect some exciting collaborations too. They can catch me on my social media handles like Insta: @officialequation, Twitter: EquationMusic1, Tiktok: Equationbillionz and Facebook: Equation Music. I aim to do my bit in 2021 and beyond by singing uplifting songs that will get people of all walks of life happy and on their feet dancing.

Tell us about your favourite singer.

My favourite singer is still Burna Boy (general laughter). I just can’t stop liking his style. And I would like to feature him in my works. Give me three months, you will see something (laughs).

My family originated from Calabar in Cross River State. I’m Efik. Growing up was cool. I was playing football and doing music.  I have a brother and a sister.