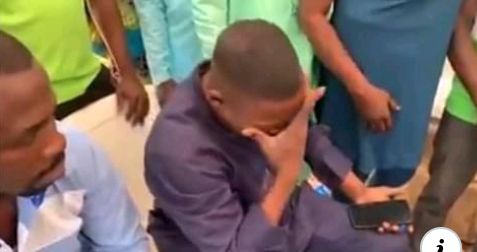 Yoruba people resident in Benin Republic in their numbers on Wednesday stormed the Court of Appeal in Benin Republic as Yoruba activist, Sunday Igboho, was arraigned, possibly towards his extradition to Nigeria.

Igboho was arrested by INTERPOL in Cotonou on Tuesday while attempting to escape to Germany.

In a two-minute video circulated on social media on Wednesday, an unnamed speaker assured supporters of the activist to be calm, saying that “Igboho is all right, but has not gone to Germany” as has been speculated.

After about two speakers (both whose identity could not be ascertained) took turns to assuage fears over Igboho’s welfare, the Yoruba anthem was sung, punctuated with chants of ‘Yoruba Nation Now!’ ‘No going back!’