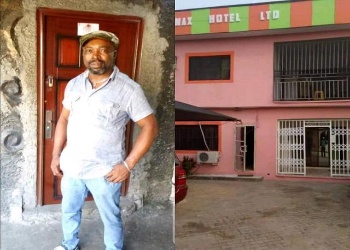 A man simply identified as Okpako fell unconscious and later died in a hotel in Warri, where he had checked in with a sales girl in his wife’s shop.

He was suspected to have consumed some s.e.x-enhancement drug.

The incident occurred at the Odibo Extension of Igbudu area of the oil-rich city, where the man’s wife also has a shop.

The victim was the chairman of Mile 2, in Igbudu Market.

It was gathered that he became unconscious hours after he checked into the hotel with the girl.

Witnesses narrated that all efforts by the members of staff of the hotel to revive the deceased were unsuccessful.

He was subsequently rushed to a nearby hospital in the area where medical personnel confirmed him dead on arrival.

Those close to the deceased disclosed that he had been secretly dating the girl for sometime before the unfortunate incident happened.

Following the incident, the girl was said to have been detained by the hotel management and later handed her over to police operatives from ‘B’ Division in Warri.

The Delta State Police Public Relations Officer, DSP Bright Edafe, confirmed the incident to journalists and the arrest of the girl.

Edafe added that investigation to unravel the circumstances surrounding the man’s death had been launched by the Command.