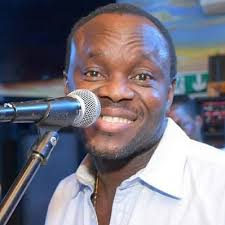 A London-based Nigerian juju music artiste, Diya Ojo, has released a new single, Oja L’aye, (The world is a marketplace).

With Oja L’aye, Diya once again reveals his creative ability as he presents to the public a professionally composed and mixed masterpiece. The scintillating percussion and tunefully played instrumentation prove his versatility and pedigree as a highly experienced and successful artiste.

In the new single, produced by Doxolie and released on the stable of Diya Ojo Music Limited, Diya dexterously displays his talent as he enunciates on issues prevalent in the world while giving a summation on the COVID-19 pandemic and offering cautionary advice to the public.

Diya, who has been nominated in two categories as the 2020/2021 Best Juju Artiste in the World and Best Musician in Diaspora, by Yomofa Global Awards, is the founder of Africa Rhythms Band, synonymous with the Jelenke brand of juju music in London. He relocated from Nigeria to the United Kingdom in 1995, having risen to prominence as a rave keyboardist, performing in album studio sessions for music veterans including K1 de Ultimate, Sir Shina Peters, General Kollington Ayinla, Evangelist (Chief) Ebenezer Obey and late I.K. Dairo, among others, while being a bona fide member of Admiral Dele Abiodun’s Top Hitters’ Band, in the early 90s.

“Admiral Dele Abiodun gave me the opportunities to excel and that is why he remains the best boss I have ever known. He was the one who brought me into the limelight by allowing me to perform for various artiste who needed my services at that time,” he said while reflecting on his music career.

Born in Omo Ofe, Ilesa, Osun State, Diya has music flowing in his veins as his late dad and uncle were professional musicians. He started his musical career from the church when he became a member of the Christ Apostolic Church, Iperindo, Osun State’s choir group in 1972.

He later joined the Christ Apostolic Church Choir, Oke Imole, Agbeni, Ibadan in 1979 where his talent for playing the church organ was discovered. He consequently studied music at the Chamber Music School, Ibadan, founded by Professor Wole Adetiran, the head of the Music Department at Ibadan Polytechnic, between 1983 and 1988; and at the Royal School of Music, London.

While describing his style of music as being influenced by diverse music genres, Diya says, “My type of music is a modern juju music that combines the rhythms of other music including juju, highlife, fuji, blues and so on.”

The highly-decorated artiste has won several awards including Afro Hollywood Recognition Award, (1999); Outstanding Juju Performer, (2006); UK Indigenous Artiste of the Year, (2006); Best Artiste of the Decade in Diaspora-presented by Nigerian Music Awards, (NMA), in Abuja in 2007; Special Recognition Award by Zafaa Global Awards in 2009, and Maestro Supremo De La Musica Juju award, in the United States of America, in 2014.

He became the first president of the Nigerian Performing Artistes, (UK), in 2008 and he has done Nigeria proud, performing on world concert stages, including the coveted Royal Festival Hall, South Bank, London concert.

Diya is an active member of the Musicians’ Union, UK and his charitable interests include Unicef Action Aid, Everychild, World Villages for Children and British Red Cross.