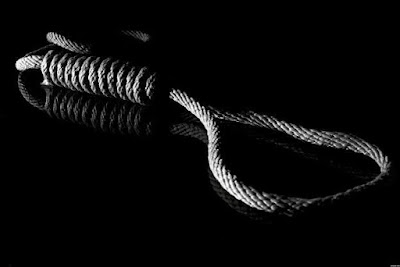 Man hangs himself at in-law’s house after discovering his wife was cheating on him. A 30-year-old heartbroken man from Chakaipa Village , Zimbabwe under Chief Gwesela in Zhombe committed suicide following a misunderstanding with his wife over infidelity.

As regards the reports reaching iHarare, Peter Mlauzi hanged himself at his in-law’s homestead after discovering that his wife Blessing Manokore was having an affair.

Chief Gwesela confirmed the tragic development that happened in his village to B-Metro.

He revealed that on the fateful day, Mlauzi discovered that his wife was having an affair with another man from the village.

Upon hearing the news of his wife’s illicit affair, Mlauzi who couldn’t fathom the thought of his wife cheating on him with another man behind his back felt betrayed and decided to end his life by hanging himself at his mother-in-law’s homestead.

Chief Gwesela said the community is still trying to come to terms with the unusual incident as Mlauzi’s actions shocked the whole community.

He said Mlauzi was a very hard-working man, who worked tirelessly as a gold panner to provide for his family and his in-laws.

Mlauzi has since been buried.

Following his tragic death, Chief Gwesela is yet to meet the Manokores so that a cleansing ceremony can be conducted as they fear that the incident could bring bad omen to the village.

Meanwhile, he appealed to members of the public to deal with their marital disputes amicably and to always seek intervention from a third party in cases of conflicts.