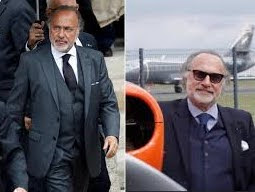 “Olivier Dassault loved France. Captain of industry, lawmaker, local elected official, reserve commander in the air force: during his life, he never ceased to serve our country, to value its assets. His sudden death is a great loss. Thoughts on his family and loved ones,” Macron said on Twitter.

A lawmaker for the conservative Les Republicains party since 2002, Dassault was considered the 361st richest man in the world alongside his two brothers and sister.