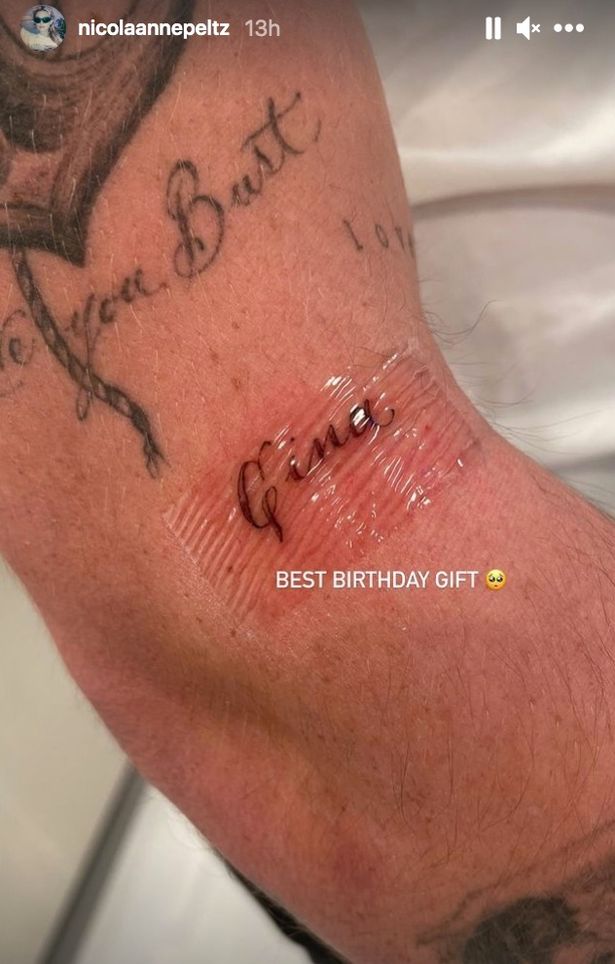 The 21-year-old model, who proposed to Nicola in summer 2020, had the name ‘Gina’ tattooed on his arm to mark his fiancée’s birthday.

Nicola, who turned 26 on January 9, was touched by the moving gesture and branded the notion her best birthday present.

Taking to social media on Tuesday, the actress shared a picture of Brooklyn’s arm that featured the newly completed ink.

“Best birthday gift,” Nicola wrote across the post, alongside an emoji.

Nicola was left devastated at the start of 2020 when her grandma Gina passed away just before her birthday in January.

In her latest social media post, Nicola reflected upon the memories of her grandma in a touching tribute.

Nicola wrote: “i cant believe it’s been a year since you left earth.

“i will forever miss you and i wish so badly you could come visit me. i still don’t understand why you left on my birthday and i hope i can understand one day.

The actress added: “today will always be for you. every time i see a rose i know you’re here with me.”