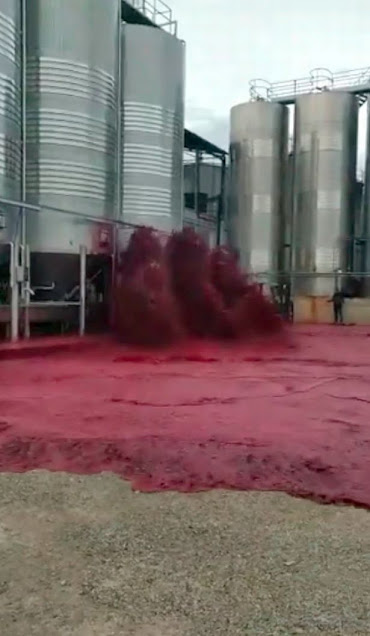 From the photos it was not only the place where the container burst, but also the street near by was full of red wine.

Photos from the scene have gone viral.

1 thought on “Vitivinos Winery lost about 50,000 litres of Red wine as Tank got damaged”