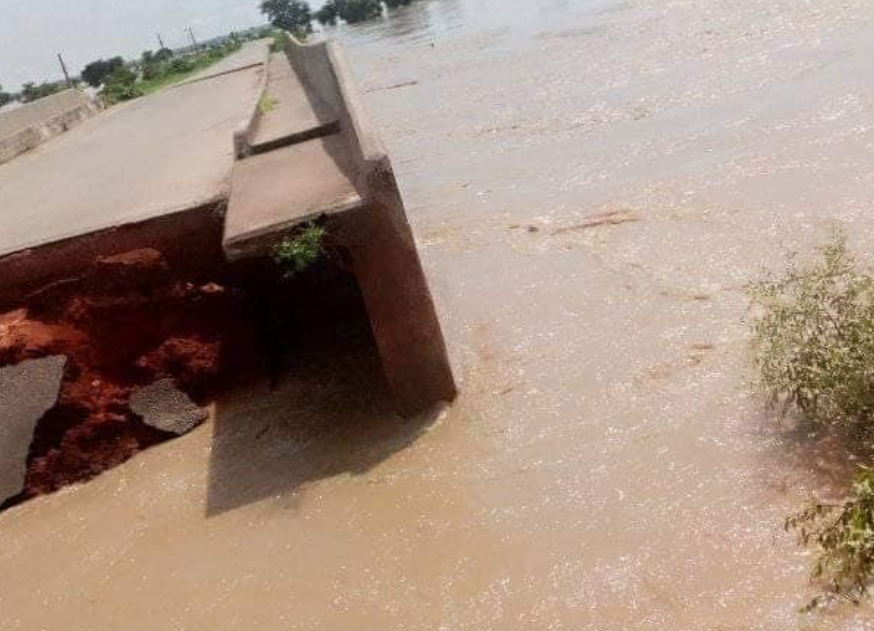 #Flood: Communities cut off as Margai bridge collapses in Sokoto. Many communities have been cut off after Margai bridge which links Kebbe Local Government Area with other parts of Sokoto State, collapsed due to severe flooding, Nigerianjournal gathered.

Nigerianjournal further gathered that a part of the bridge, which was built during the tenure of Governor Attahiru Dalhatu Bafarawa, was washed away  on Tuesday 8th September, by the ravaging flood.

The only alternative route for the inhabitants of the area was that linking them with Jega Local Government Area of Kebbi State, which is over 100 kilometres from Sokoto metropolis, Daily Trust reports.

Malam Anas Dukura, who hailed from Kebbe, expressed fear that scores of students might miss the ongoing WAEC, unless something urgent is done.

“Our people must reach Jega, through a rough route, and then go to Aliero, another local government area in Kebbi State, before coming back to Tambuwal,” he said.

#Flood: Communities cut off as Margai bridge collapses in Sokoto

Confirming the incidents, the Sole Administrator of the area, Lawali Marafa Fakku, said that 9 wards were affected by the incident.