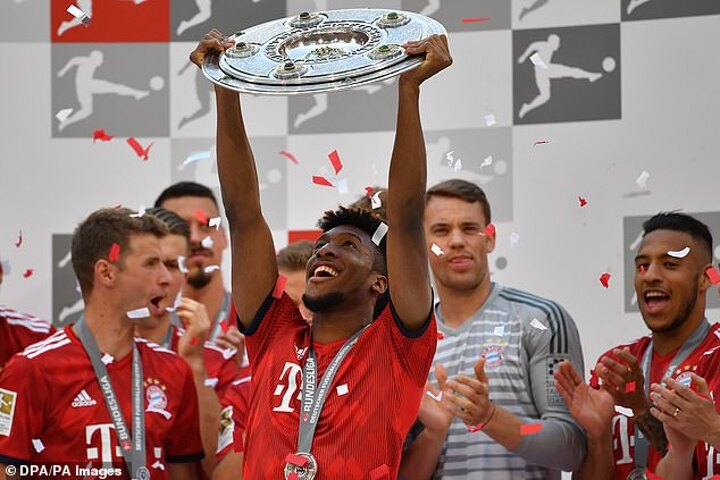 As far as careers go, it’s safe to say that Kingsley Coman’s brief stint at the top of European football is up there with the very best in terms of silverware lifted.

The Bayern Munich winger has racked up an astonishing eight league titles in as many seasons playing in three different countries – yes, you heard that right!

After coming through the youth ranks at Paris Saint-Germain, Coman went on to win two Ligue 1 crowns in a row – admittedly only playing four times overall – before moving to Italian giants Juventus in 2014. 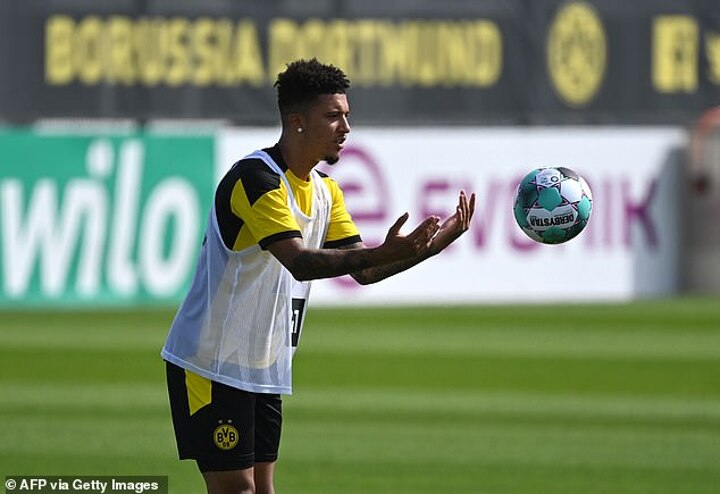 And while in Turin, the young Frenchman notched up another league title by winning Serie A in 2014-15.

Coman’s journey took another incredible adventure when he joined Bayern on a two-year loan deal just a season later, which would then be made into a permanent move in 2017.

And since his move in 2015, another five Bundesliga titles have been added to his name with the German giants. It’s an incredible haul for someone of such a young age.

Now he could soon be set for his fourth country in football, with Manchester United lining up the rapid winger if they can’t finalise a sensational mega-money deal for England international and Borussia Dortmund star Jadon Sancho.

United have been in hot pursuit of Sancho for quite some time but threatened to pull out of the deal to sign Sancho on Tuesday – with Dortmund demanding £108milliion for the 20-year-old’s services.

The two sides remain far apart in their valuations and if they cannot reach a compromise for the winger, United will pursue Bayern star Coman. 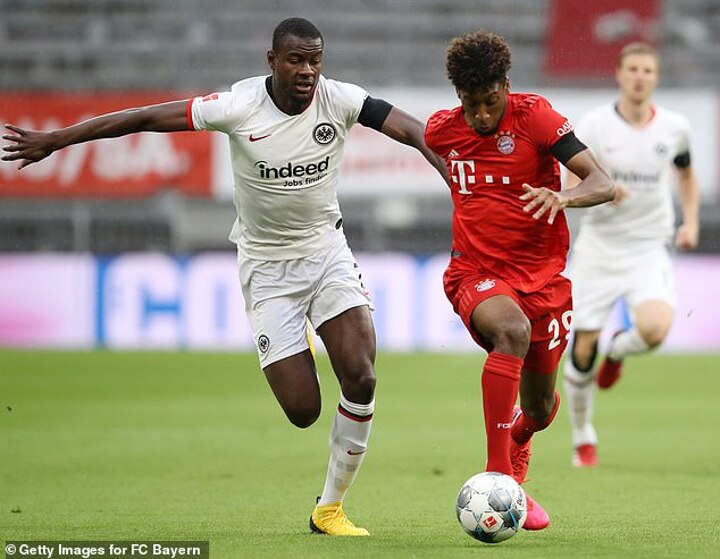 So, what would the Frenchman bring to Old Trafford as they look to make inroads on dominant English forces Liverpool and Manchester City?

Firstly, a deal for Coman may certainly not be out of reach for Ole Gunnar Solskjaer’s side considering the competition for places on the wing at the Allianz Arena.

The £55m arrival of Leroy Sane from City, plus the incredible emergence of former Arsenal star Serge Gnabry in Munich means Coman will have it all to do to earn a spot in the starting XI.

And if he fails in his bid, Coman may look elsewhere for regular first-team football and at United he would likely get that.

While he has yet to set the world alight like many had expected him to, Coman remains one of Europe’s most exciting players around thanks to his incredible pace and power on the wing.

During the business end of the 2019-20 campaign at Old Trafford, Marcus Rashford and Mason Greenwood played either side of Anthony Martial at top as they went on to secure Champions League football on the final day of the season. 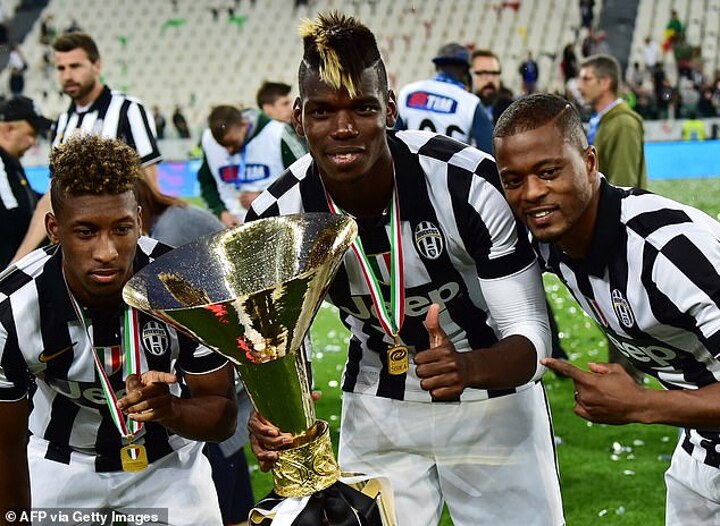 The Red Devils looked pretty formidable going forward but some question marks remain, with Rashford a little shot of confidence while Greenwood – a hugely exciting talent – is still extremely young and will have days when things don’t go to plan.

So there are still consistency issues surrounding United’s attack, especially with Martial also going from the peak of his powers one day to ineffective the next.

While Coman can also struggle with consistency levels, the ease in which he can beat his man is frightening.

Coman’s exceptional pace and power make him a terror to deal with for any defender in world football, and he can comfortably play on either flank.

The 24-year-old is more than capable of cutting inside and squaring up defenders in one v one situations while he can also easily get past the opposition full back, dart to the byline and provide regular crosses for his team-mates.

But if there is one thing Coman could work on to improve his all-round game, it’s his end product.

Like many modern-day wingers, his build-up play remains superb but when in a threatening position on goal, he can let himself down.

In 158 appearances for the Bundesliga giants, the winger has 32 goals and 35 assists to his name. While that doesn’t represent an awful return, there is definitely room for improvement and at a team like Bayern, you need to be showing consistency week in week out.

However, at the age of 24 there is plenty of time for Coman to develop into a world-beater and with the experience in three of Europe’s top five leagues with PSG, Juventus and Bayern – it will only help to serve him well in the future.

Solskjaer knows the exciting capabilities that Coman possesses and he certainly wouldn’t be afraid to make his move for the winger if the Sancho deal fails to materialise.

Coman would add another thrilling dimension up top for the Red Devils, linking up with Martial, Rashford, Greenwood and Co and Bruno Fernandes and Paul Pogba provide the creativity behind them. United fans would certainly be in for one hell of a ride in the future.