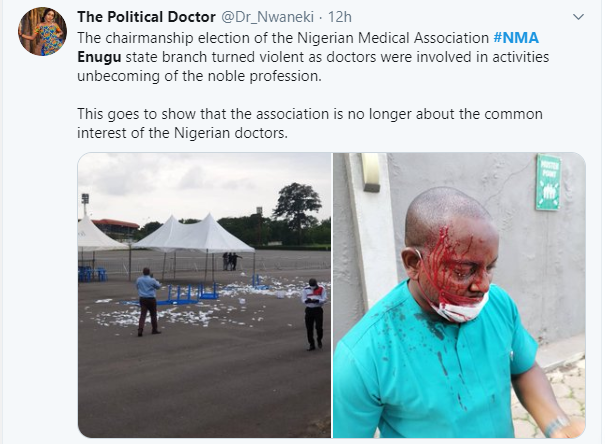 Enugu Chapter NMA Chairmanship election ends in blood bath {Video}. It was ascertained that Some members of the association were spotted in a viral video destroying some of the election materials and there were also some with severe face injuries, Nigerianjournal gathered.

Twitter user and medical doctor @Dr_Nwaneki who shared photos from the scene wrote;

The chairmanship election of the Nigerian Medical Association #NMA Enugu state branch turned violent as doctors were involved in activities unbecoming of the noble profession. This goes to show that the association is no longer about the common interest of the Nigerian doctors.