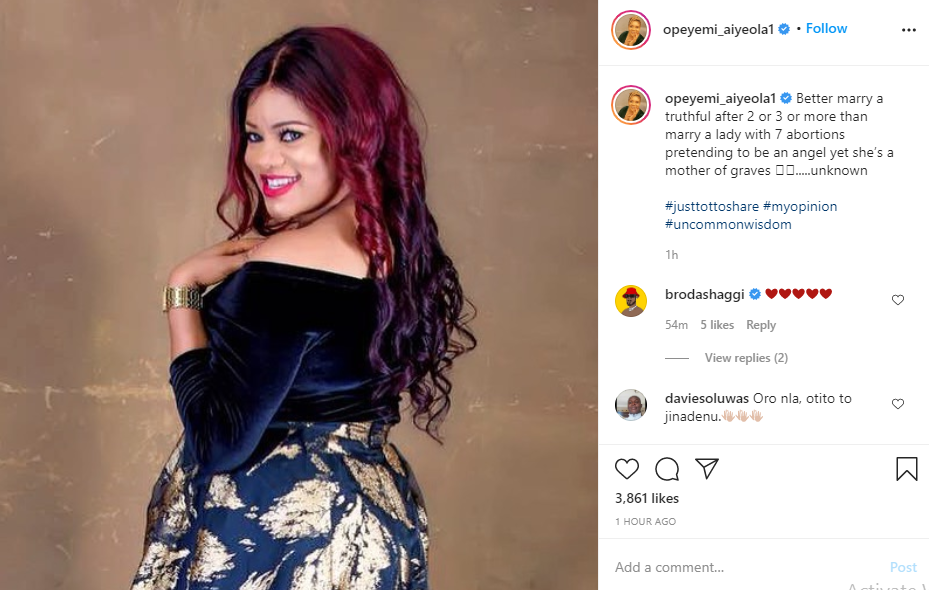 Marrying a honest Single Mom is lot better, than settling for a Single lady, Mother of graves – Aiyeola. The ever radiant Nollywood Actress, Opeyemi Aiyeola has shared her thoughts about marriage with a single mother and women who have gone through abortions.

According to the actress, it is better to marry a truthful single mom than a pretentious single lady that has done many abortions. She went on to describe women who have gone through the abortion process as “mother of graves”.

Better marry a truthful after 2 or 3 or more than marry a lady with 7 abortions pretending to be an angel yet she’s a mother of grave…..unknown

Searching for Dan Amana of Nigeria *by Dakuku Peterside