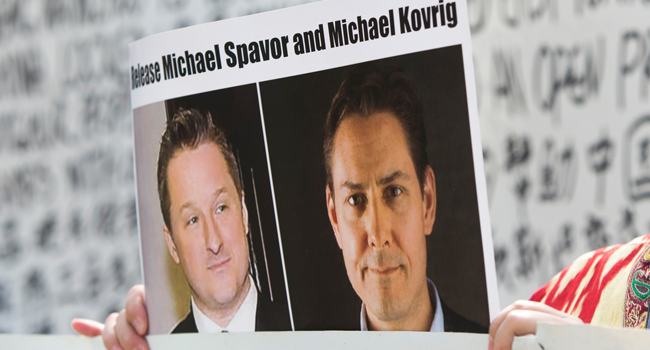 Canadian National sentenced to death in China, for manufacturing drugs. A Chinese court sentenced a Canadian national to death on Thursday in a ruling that could further inflame tensions between China and Canada.

The Guangzhou Intermediate Court said in a statement it had handed Xu Weihong a death sentence for manufacturing drugs, and said all his personal property would be confiscated.

According to China’s state-run Global Times, Xu had bought raw materials and tools for drug production in October 2016 and worked with an accomplice, Wen Guanxiong, to make ketamine.

The drugs were made in Wen’s home and stored in Xu’s residence in Guangzhou, with public security officers seizing over 120 kilogrammes of ketamine from the pair, the report added.

The ruling comes after China sentenced two other Canadians to death on drug trafficking charges last year, and as tensions soar between the two countries on a number of fronts including the arrest of top Huawei executive Meng Wanzhou.

Beijing has also detained two Canadian nationals, including a former diplomat, on spying charges, in a move widely considered retaliation for Meng’s arrest in Canada.

The United States wants Meng extradited to face trial on charges related to the Chinese telecom equipment maker’s alleged violations of US sanctions against Iran.

Canadian National sentenced to death in China, for manufacturing drugs

Referring to the latest case involving Xu, Wang added: “I don’t think this should have any impact on China-Canada relations.”

Diplomatic relations between Canada and China have deteriorated over China’s arrests and Meng’s case, damaging trade between both countries.

Canadian pleas for clemency for its citizens previously sentenced on drug charges, Robert Lloyd Schellenberg and Fan Wei, have so far not been successful.

Meanwhile, in June Beijing formally charged the other pair of detained Canadians — ex-diplomat Michael Kovrig and businessman Michael Spavor — for spying, in a move that came just weeks after a key ruling in the Meng case.

A Canadian judge had ruled that proceedings to extradite her to the United States will go ahead.

Monthly consular visits for Kovrig and Spavor have been suspended since the coronavirus outbreak started in China as well, sparking concerns over their health.

Canadian National sentenced to death in China, for manufacturing drugs

Although China’s foreign ministry insisted the pair were in good health, people familiar with the matter have told AFP they endured hours of interrogation and in the first six months of detention were forced to sleep with the lights on.

China keeps data secret about the number of death sentences it carries out every year.

But according to Amnesty International, China is the world’s top executioner, with thousands believed to be killed each year.