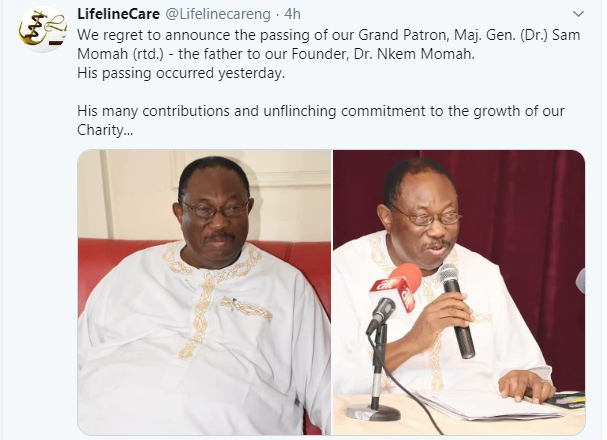 The great man, who passed on died on Wednesday July 29, died due to diabetes complications. The  Lifeline Care Association who announced the demise of the late Minister who was their grand patron, during his life time expresses his grief saying;

“We regret to announce the passing of our Grand Patron, Maj. Gen. (Dr.) Sam Momah (rtd.) – the father to our Founder, Dr. Nkem Momah. His passing occurred yesterday.

“His many contributions and unflinching commitment to the growth of our Charity and service to the nation at large will forever be cherished.

“We kindly request your prayers for his peaceful repose and consolation to the family at this time. May God grant his gentle soul eternal rest by His side. Amen!”