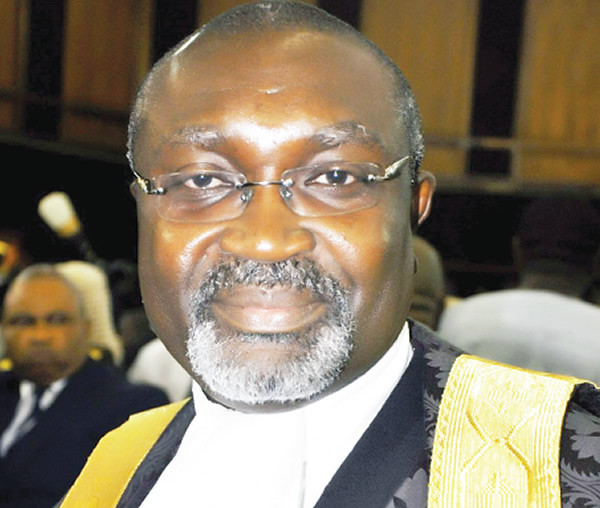 Lawyer reveals reason Magu ordered his arrest {Read details}. Former prosecutor who worked with the Economic and Financial Crimes Commission (EFCC), Chief Godwin Obla (SAN), has revealed that the suspended acting Chairman of the anti-graft agency, Ibrahim Magu, ordered his arrest after he asked to be paid a sum of N763.9m in legal fees, Nigerianjournal gathered.

Chief Obla reportedly made the revelation while reading out an 18-page letter to the Justice Ayo Salami-led Presidential panel investigating Magu.

According to Obla, Magu threatened to make bribery allegations against him when he demanded for his payment.

In the 18 page letter titled, ‘Presentation In Respect of Malicious and Reckless Abuse of State Power of Investigation and Prosecution Resulting in Mismanagement of Forfeited Assets by Deliberate and Contrived Incompetence and Suspicious Dealing of Forfeited Assets.’, Obla said he helped the commission recover hundreds of billions of naira in cash and assets and prosecuted about 40 cases for the EFCC including bank chiefs that were sacked.

While testifying in front of Magu at the Banquet Hall of the Presidential Villa, Chief Obla said,
“As of date, the EFCC owes me an outstanding balance of N685, 389, 928.10 and $202,460.47 (N78.5m) or its naira equivalent at the prevailing Central Bank of Nigeria exchange rate, together with interest at prime lending rate, being professional fees for the prosecution of over 40 high profile cases. See Statement of Claim in Suit No: FCT/CV/3220/17 BETWEEN Obla v. EFCC.”

“In effect, Ibrahim Magu deliberately and maliciously denied me the fruits of my services for EFCC whilst putting me to great expense to defend a worthless charge,” the lawyer said.

On 7 July 2020, Magu was suspended as the chairman of Economic and Financial Crimes Commission (EFCC) because of corruption