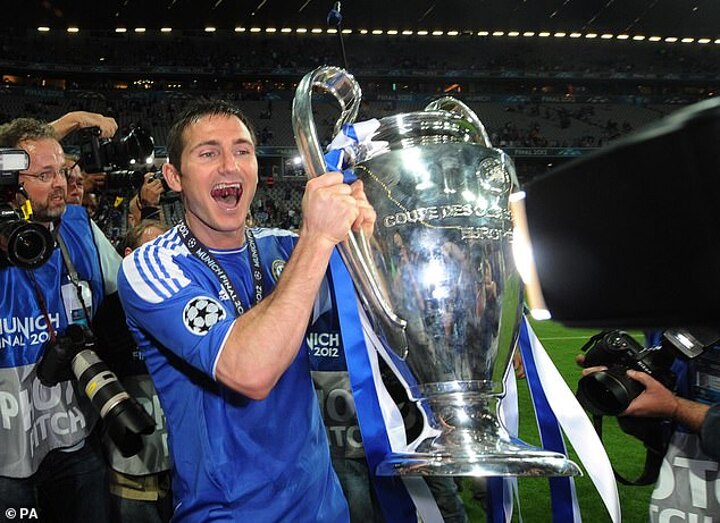 The 24-year-old German ace was highly coveted this summer after enjoying a prolific spell in the Bundesliga but opted for a big-money switch to Stamford Bridge.

And after training for the first time since heading to England, he has now revealed his reasons behind choosing Chelsea – which were largely fuelled by their success in the 2012 Champions League final.

He told Chelsea’s official website: ‘I know of the players before when they won the Champions League with (Didier) Drogba, with my new manager Frank Lampard, Petr Cech as the technical advisor, it is like a little dream for me but I want to become, not a same player like them, but I want to be part of a new era here so I will play to try to give my best.’

Werner had touched down over the weekend and was present at Stamford Bridge on Sunday to watch his new club beat Wolves and secure Champions League football next season.

He has not, however, taken part in group sessions with team-mates yet after Lampard decided to give his squad a day off after their crunch win.

Instead, Werner is expected to take part in full-scale activities later this week.