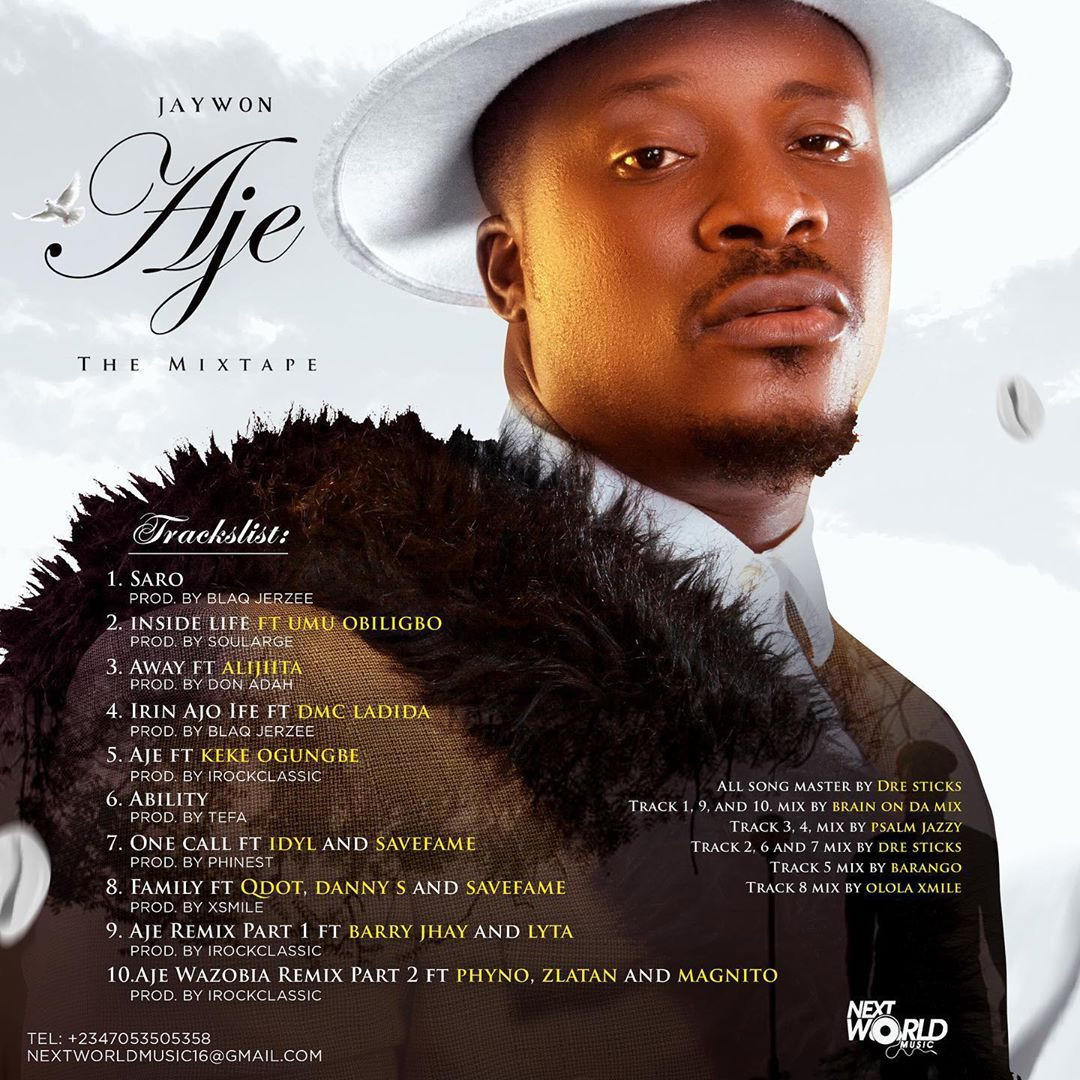 The success of his last two hits, ‘Saro‘ and ‘Aje‘, inspired this compilation, which contain sounds from every region including Hausa, Yoruba and Igbo.

Housing 10-tracks, the ‘Aje’ mixtape features heavyweights like ALI JITA, MAGNITO from the north, PHYNO, UMU OBILIGBO from the east and ZLATAN, BARRY JHAY and LYTA from the west of Nigeria.

Plugged by HEP, check on this beautifully created masterpiece below: