PIERRE Nkurunziza the Burundi President has died of heart attack at age of 55 .

His sudden death was confirmed by the Burundian Government through a statement published on its official twitter page. 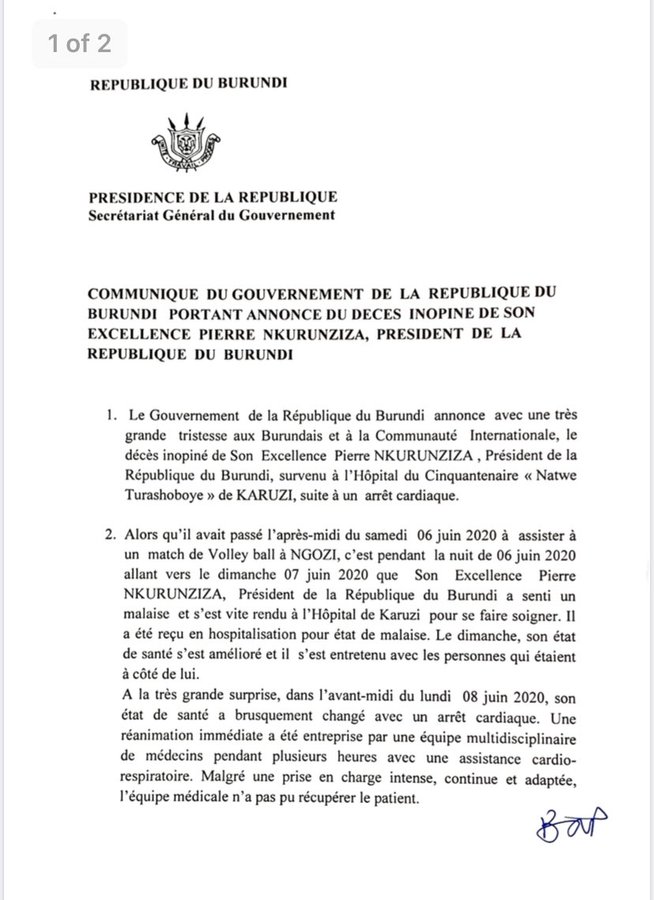 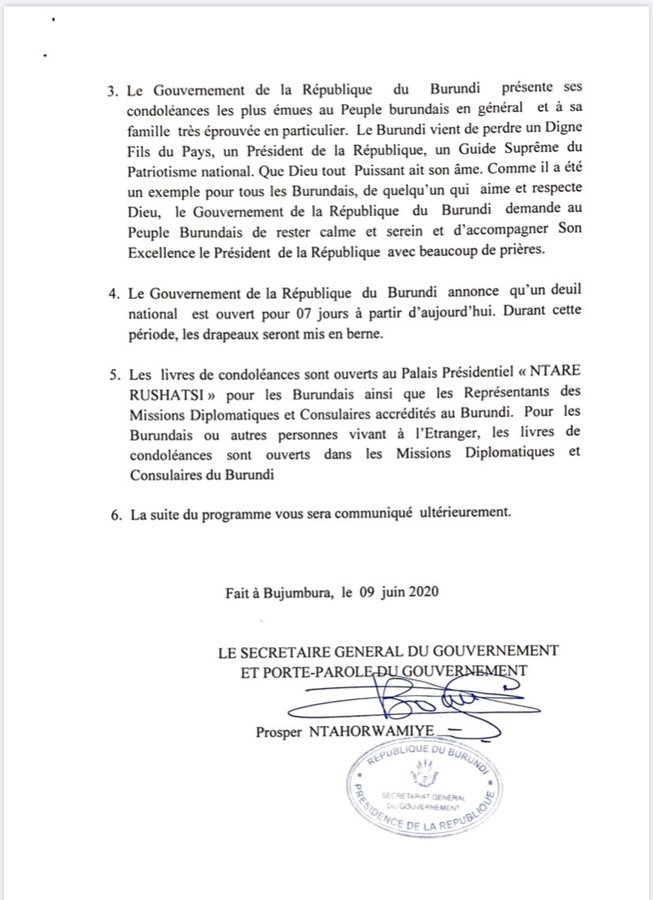 2,580 people are talking about this

According to the statement, the outgoing president was admitted at Karusi Hospital in central Burundi on Saturday after feeling unwell. His condition then improved but on Monday he had a cardiac arrest and efforts to revive him were unsuccessful.

Nkurunziza, who has been in power in Burundi since 2005 was due to be replaced in August by political ally Evariste Ndayishimiye, who was declared earlier this month the winner of a May 20 presidential election.

Daddy Freeze throws shade as he shows off his flying pigeons

Assistant Commissioner of Police sentenced to life imprisonment in Ekiti